Inside the World’s 10 Largest Refugee Camps

Around the world, nearly four million refugees reside in planned or self-settled camps. This interactive map, created for UNHCR in commemoration of World Humanitarian Day (August 19th), identifies the 10 most populous refugee camps in the world, drawing attention to the plight—and the resilience—of the planet’s most vulnerable populations, and to the organizations working tirelessly to protect them. 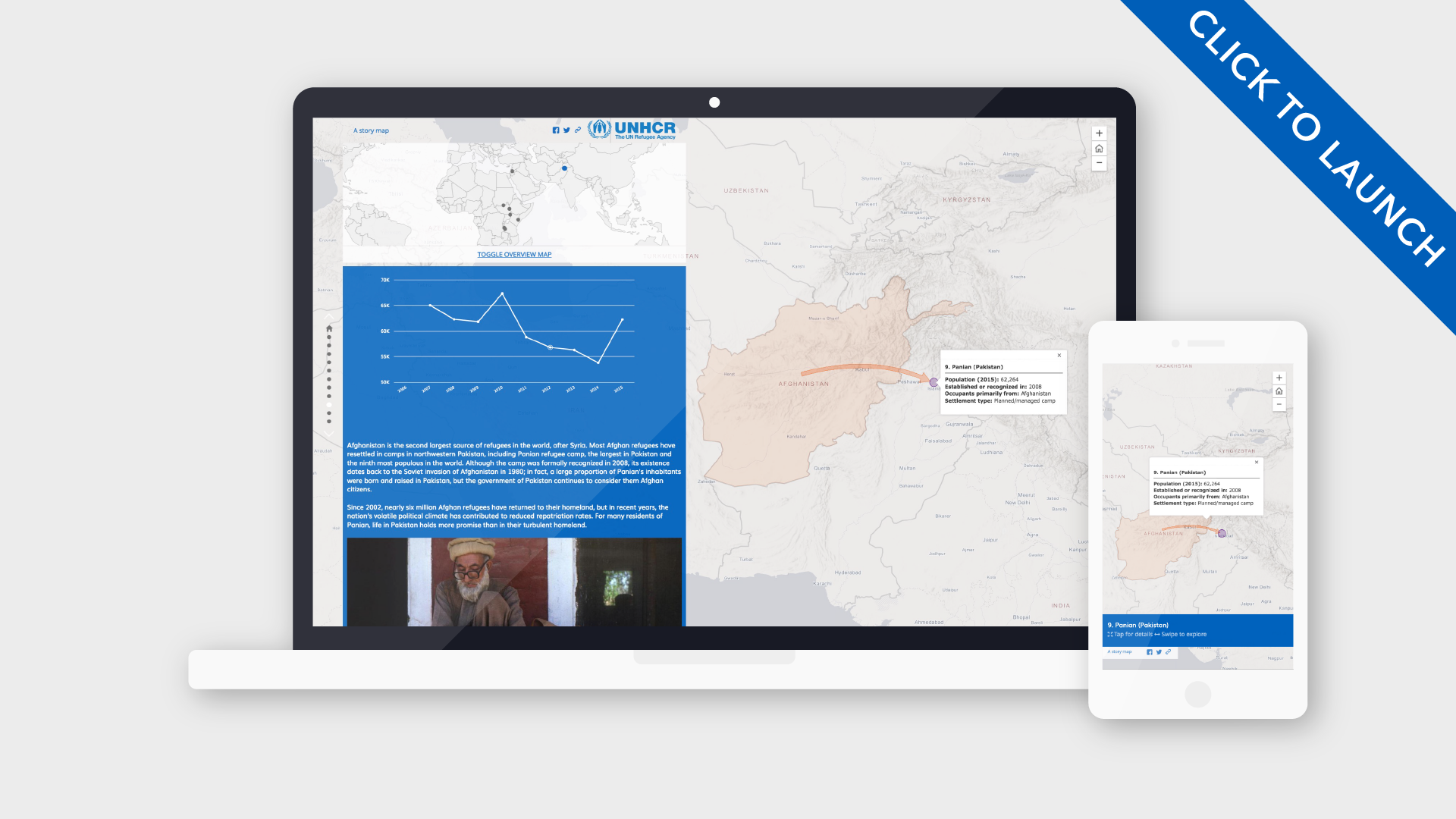 Some context:
In 2013, the Story Maps team created an interactive map of the world’s 50 largest refugee camps. The map didn’t contain much information about each camp—just its population, inhabitants’ primary countries of origin, and the name of an American city of comparable size—but the map proved to be immensely popular, and it remains one of the most viewed story maps to date.

Earlier this summer, UNHCR asked us to recreate that map in commemoration of World Humanitarian Day 2016 (August 19), using their latest authoritative data (from late 2015). I worked with Clare Trainor, our summer intern, to design and produce the map you see here. I decided to focus on the 10 largest camps, rather than the 50 largest, and to provide greater detail about each camp. The final application is a heavily modified Story Map Journal. Get the code here. 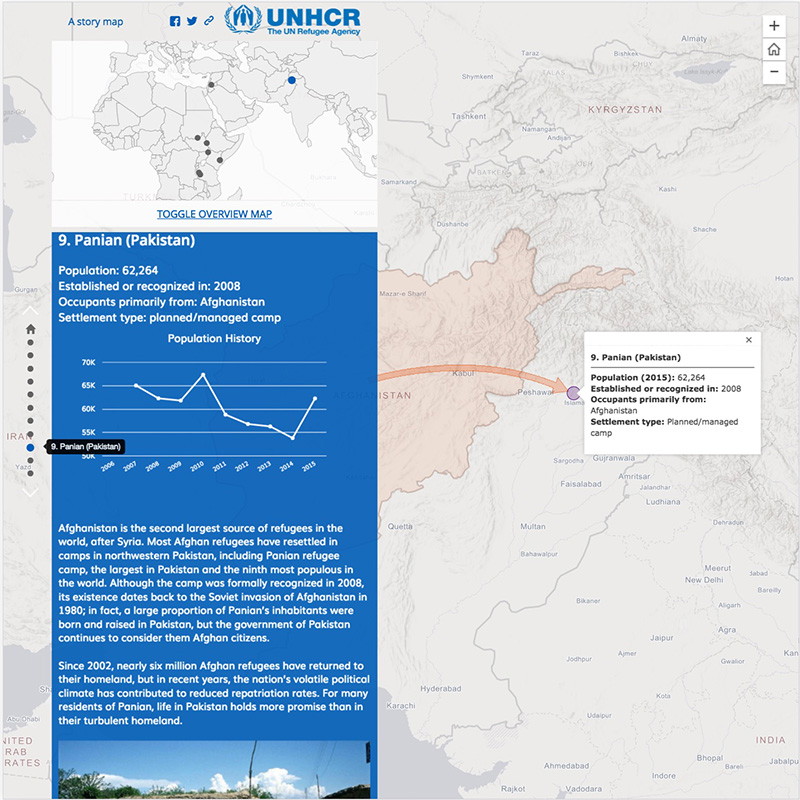 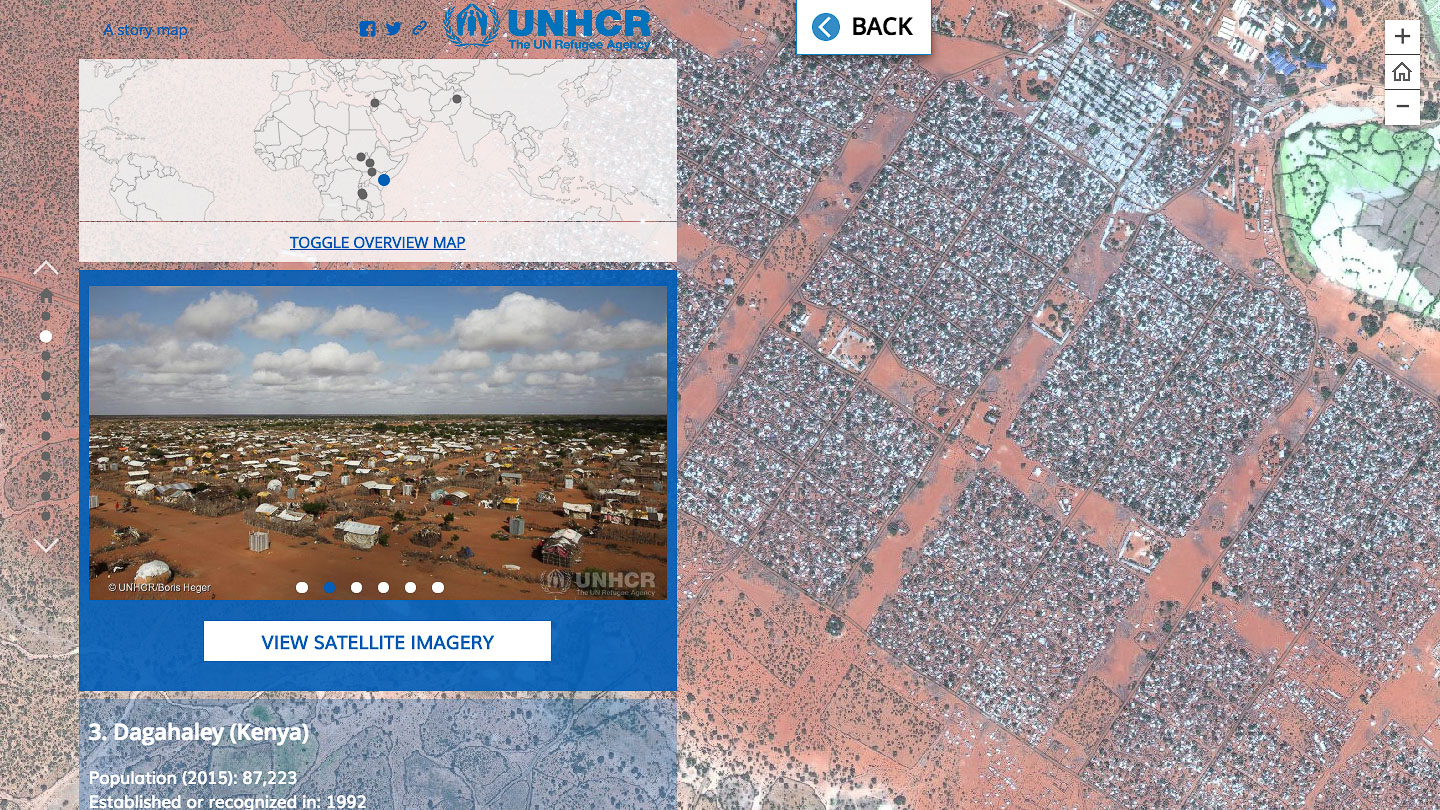 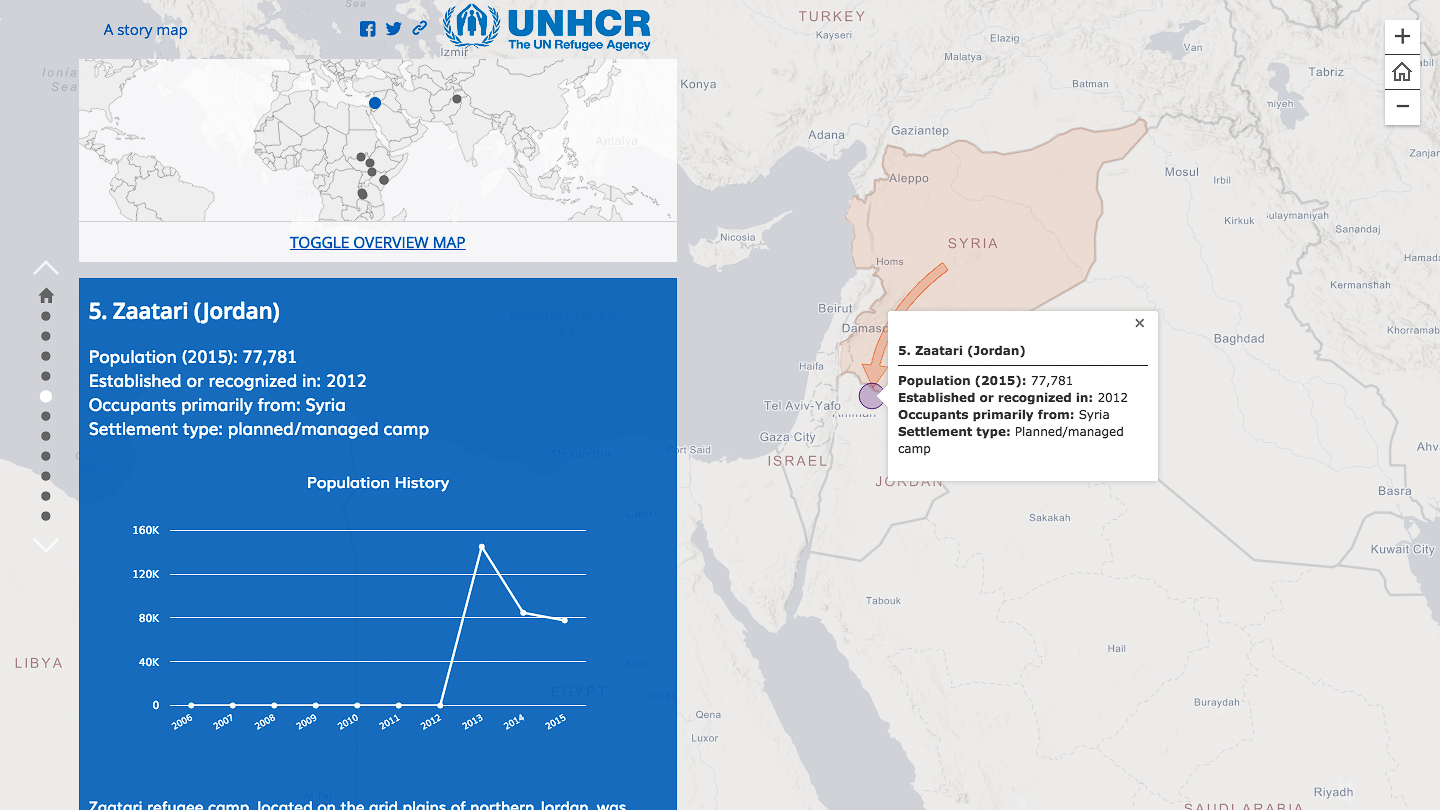 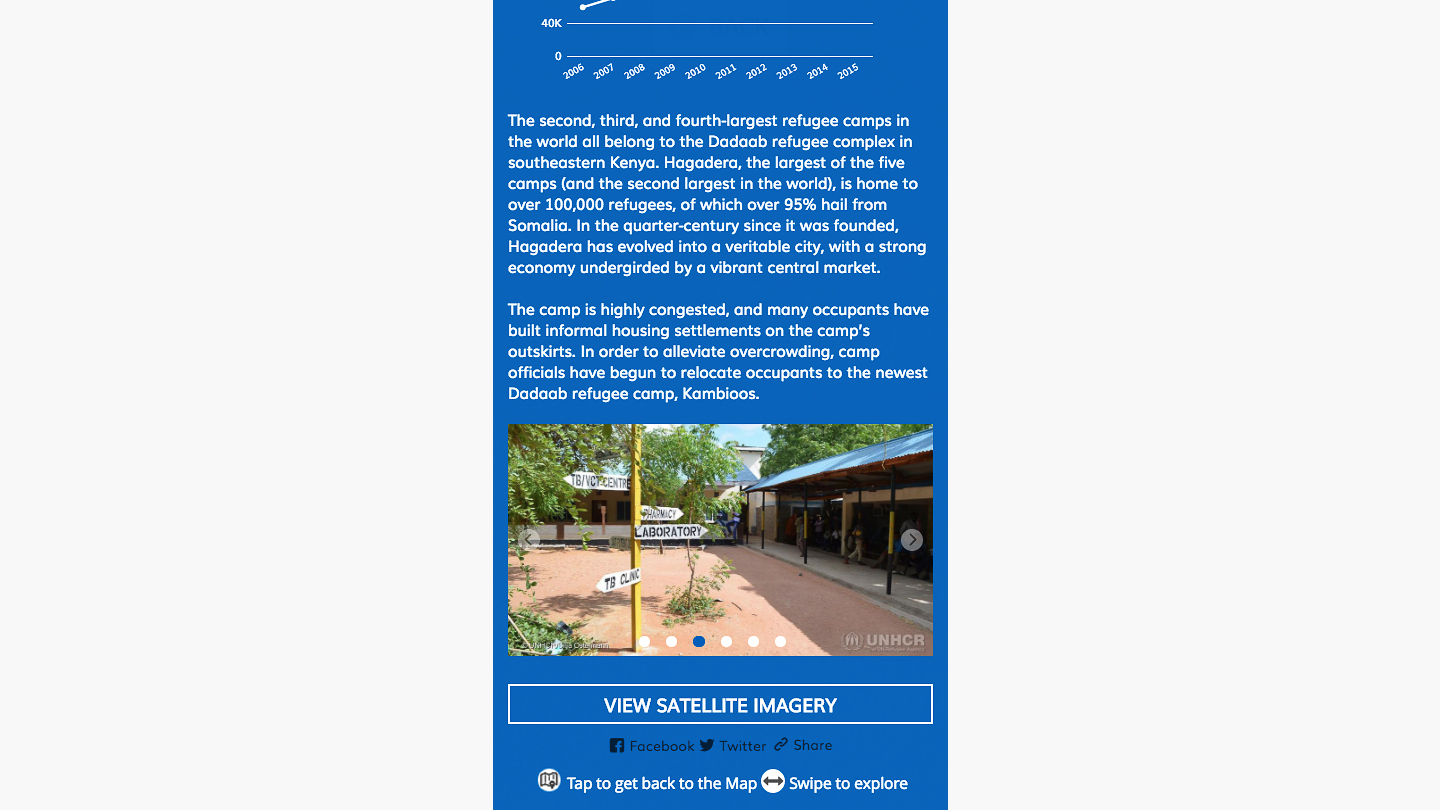 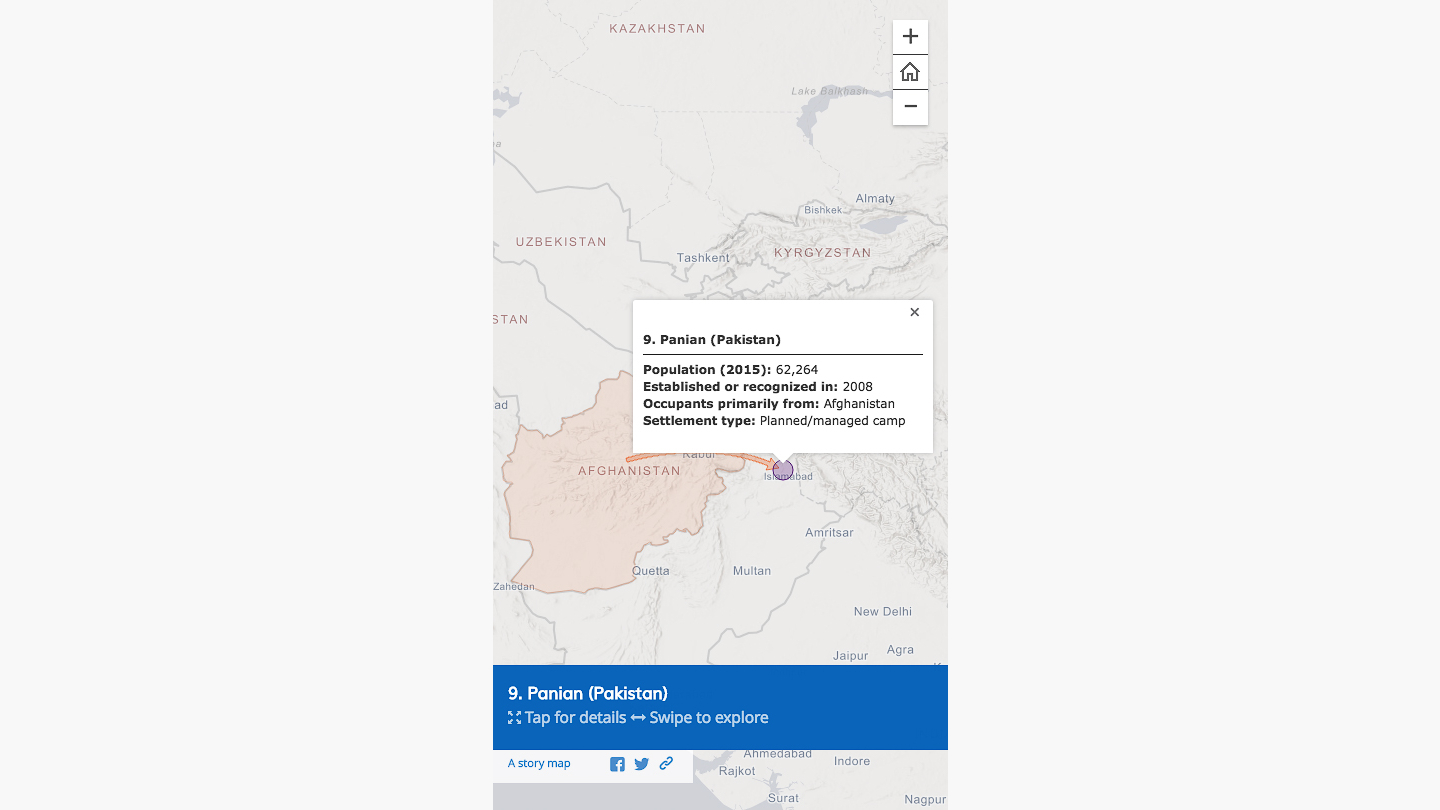