Iran Map Tour: A Glimpse Beyond the Headlines 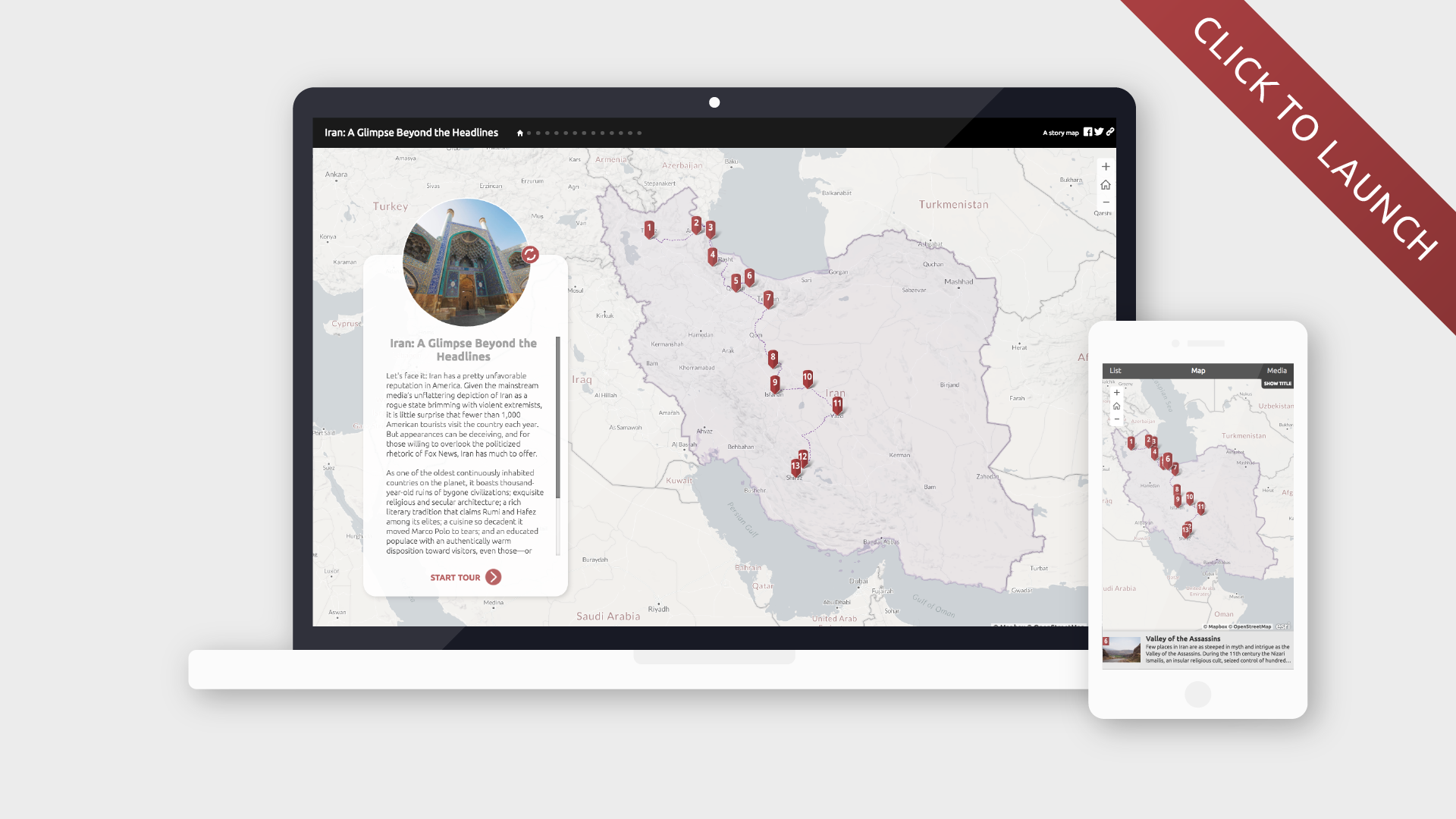 Last summer, my sister and I spent two weeks traveling in Iran. Incidentally, our visit coincided with Ramadan—the monthlong fast that is one of the Five Pillars of Islam—as well as the signing of the landmark nuclear deal. In some ways, these events are emblematic of Iran’s conflicted identity: on the one hand, it is a nation with a deep reverence for history and tradition, but on the other hand, it is one that is eager to integrate into the modern global community and meet its economic potential. Anna and I documented our trip in different ways: she wrote a rich and illustrative essay for Huffington Post, while I just took a bunch of pictures and made this interactive map. Enjoy! Here’s an excerpt from the introduction.

For those willing to overlook the politicized rhetoric of soapbox scaremongers, Iran has much to offer. As one of the oldest continuously inhabited countries on the planet, it boasts thousand-year-old ruins of bygone civilizations; exquisite religious and secular architecture; a rich literary tradition that claims Rumi and Hafez among its elites; a cuisine so decadent it moved Marco Polo to tears; and an educated populace with an authentically warm disposition toward visitors, even those—or perhaps especially those—from America. 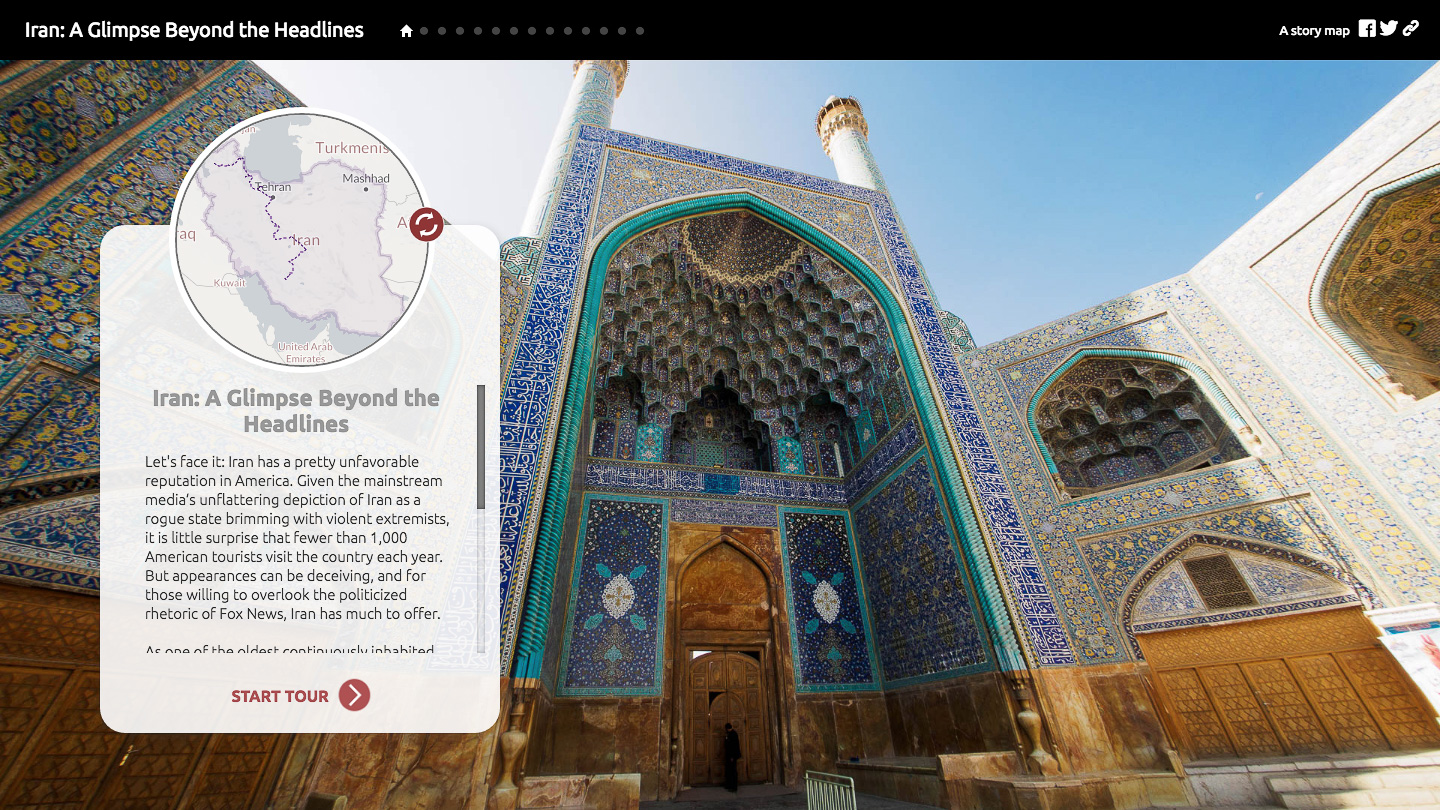 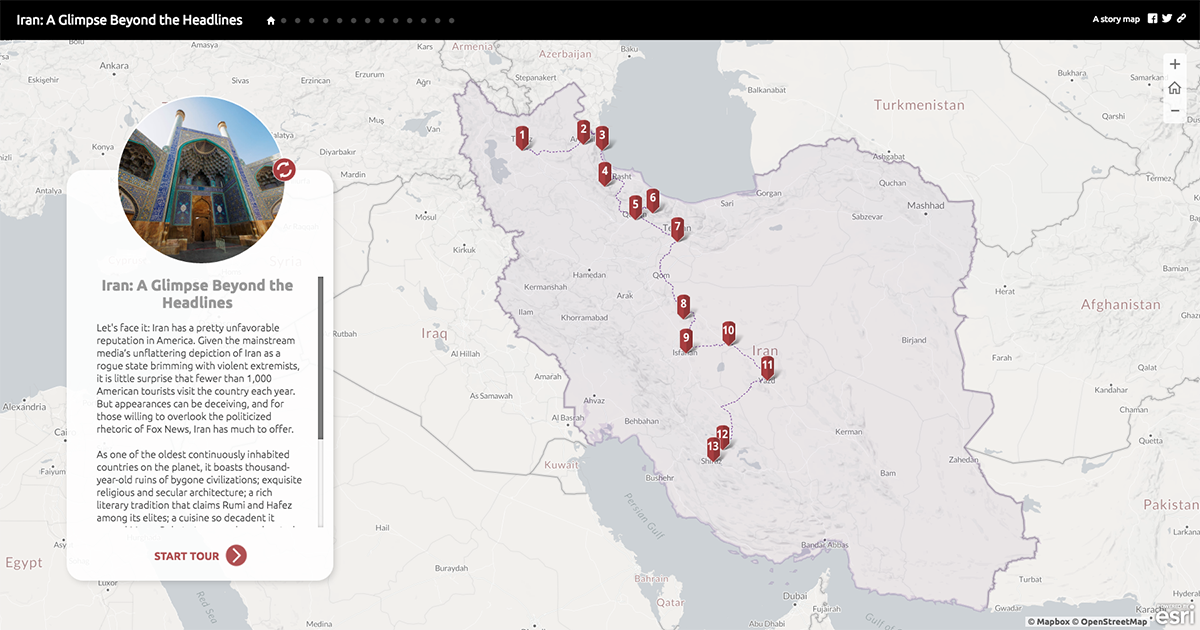 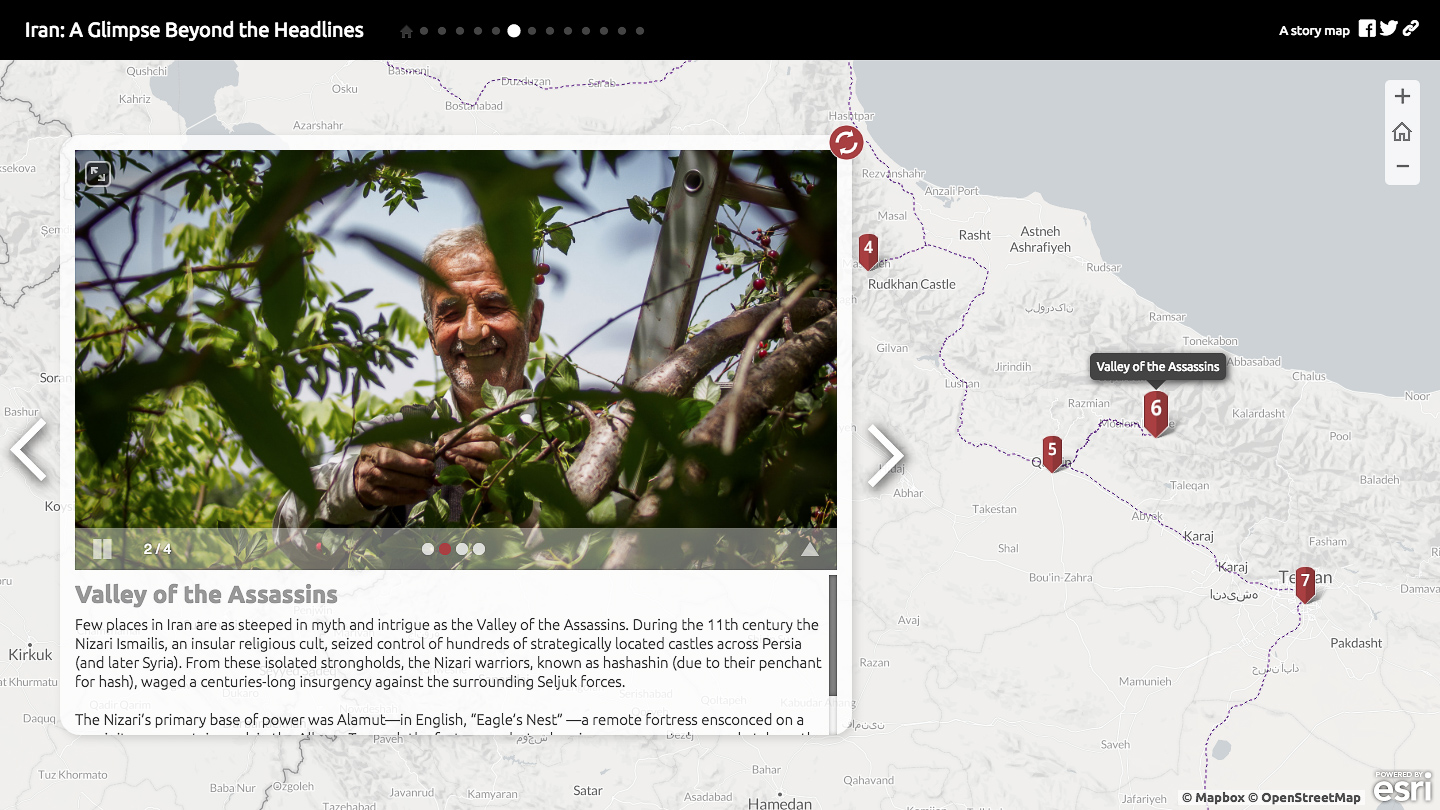 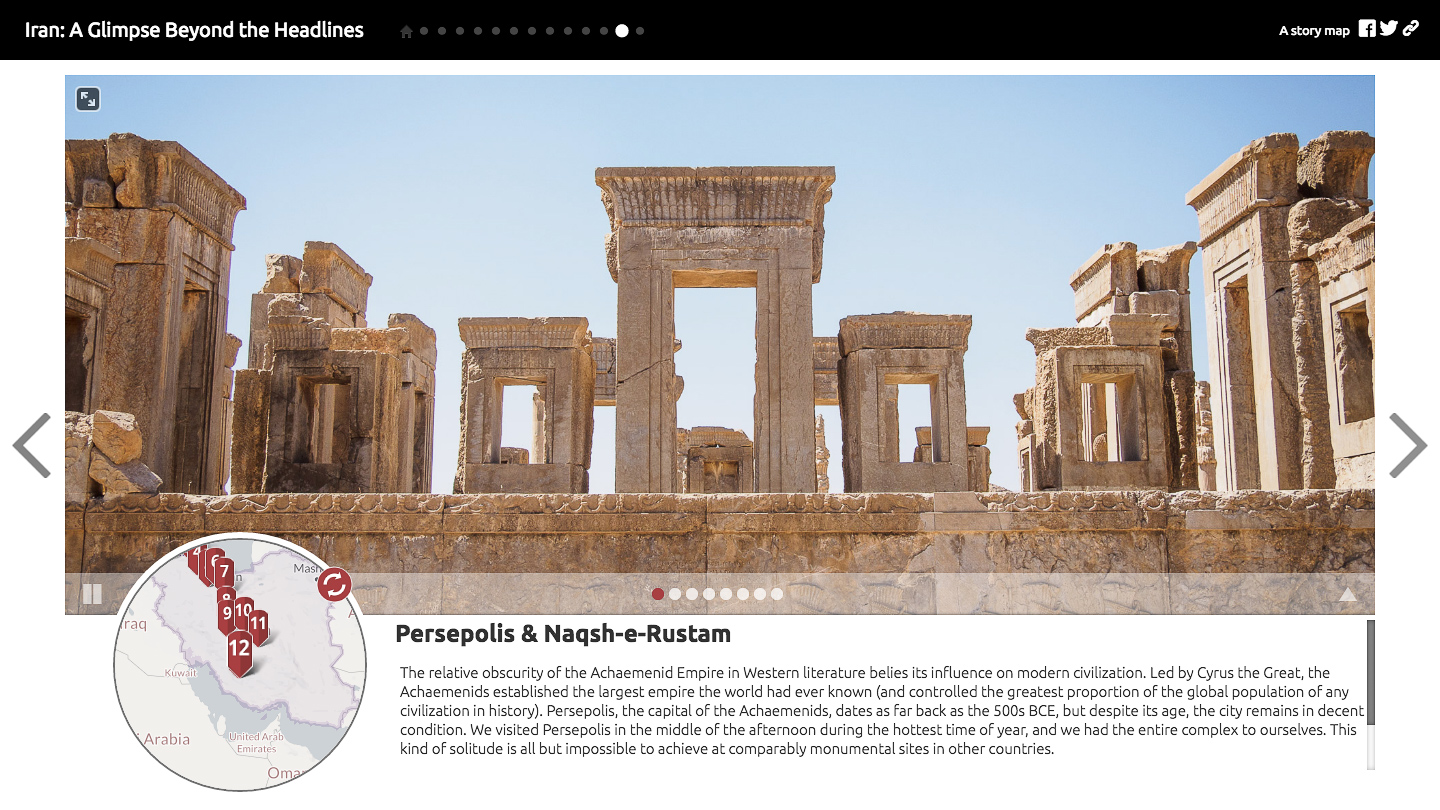 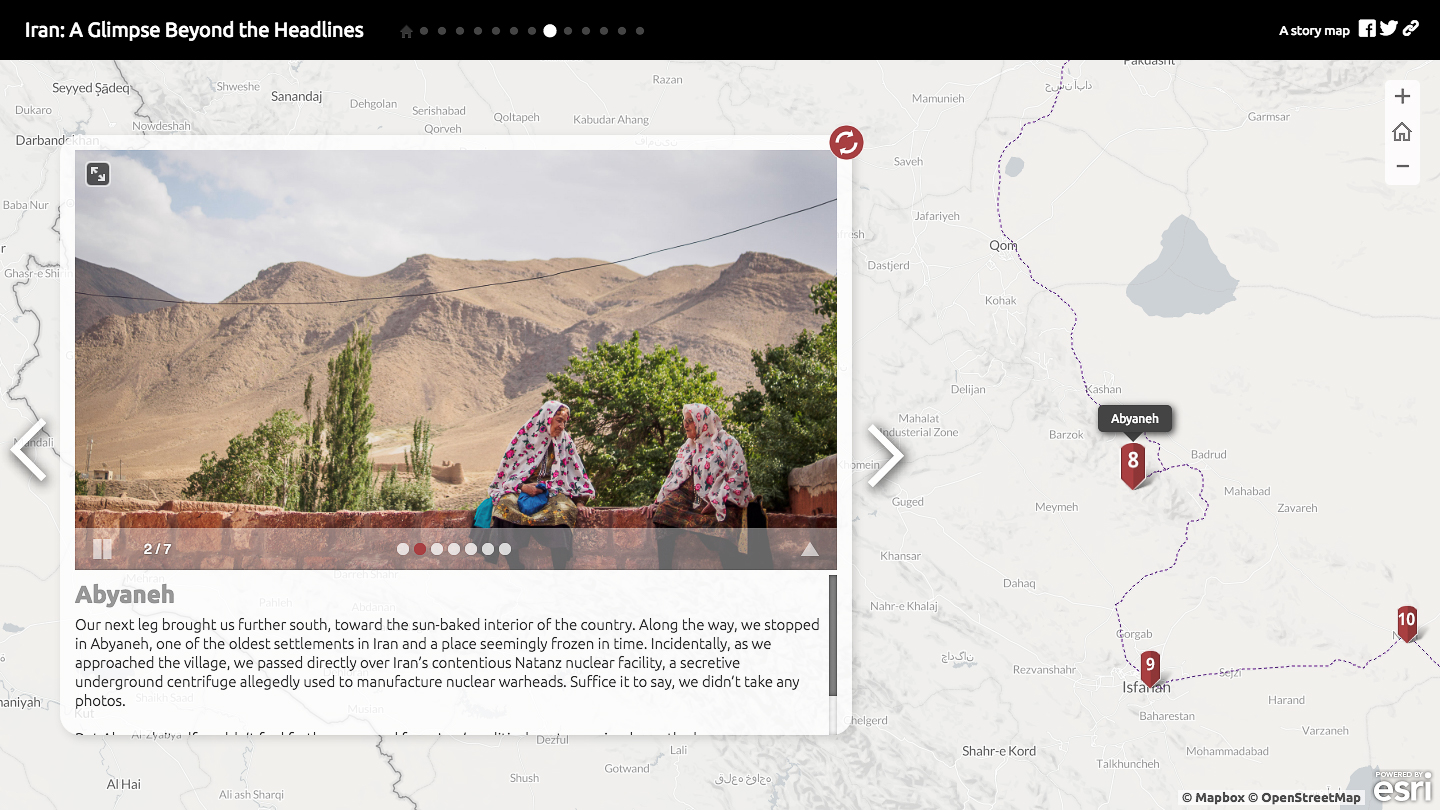