These static maps accompany The Living Land, the second chapter in an ongoing series about our species’ inexorable exertions on the planet. Remarkably, four major crops—wheat, corn (maize), rice, and soybeans—account for over a third of global croplands. It’s no coincidence that the maps are stylistically similar to the human footprint maps I posted previously, as they belong to the same series. I ultimately created two different versions of the maps: one using the original crop production area rasters, directly from EarthStat.org, and another using equal-area, million-hectare hexbins. Which do you prefer? 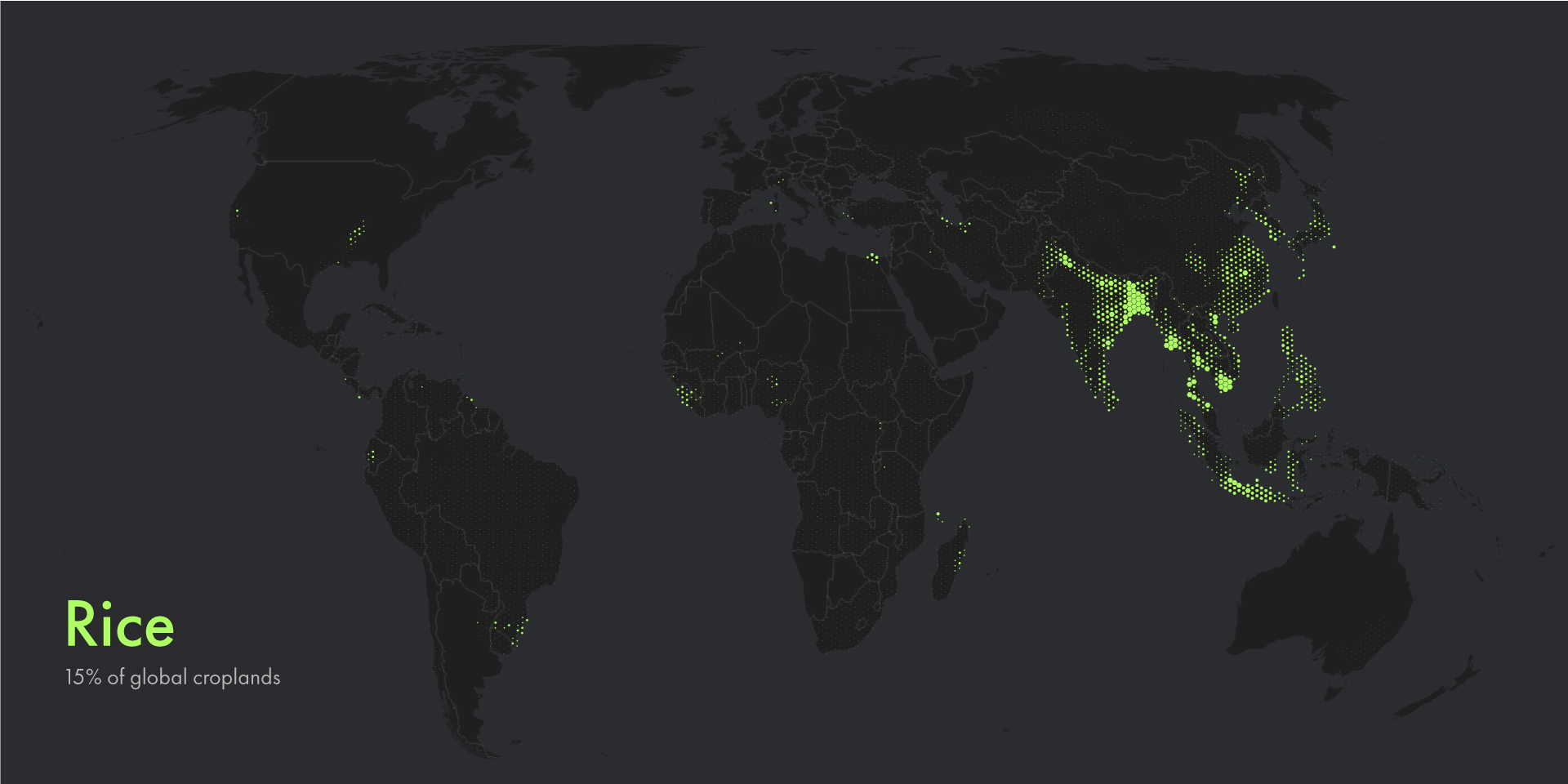 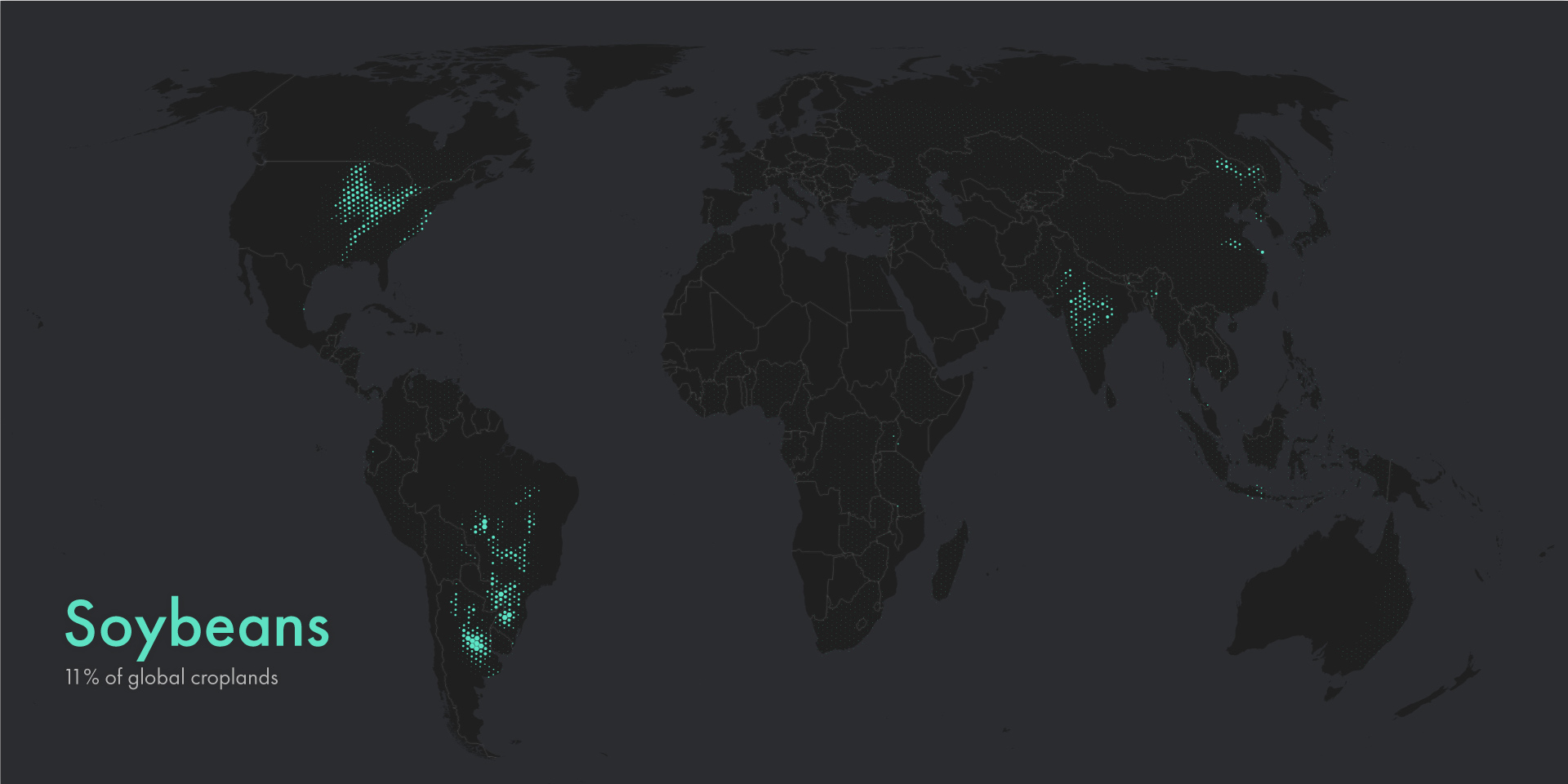 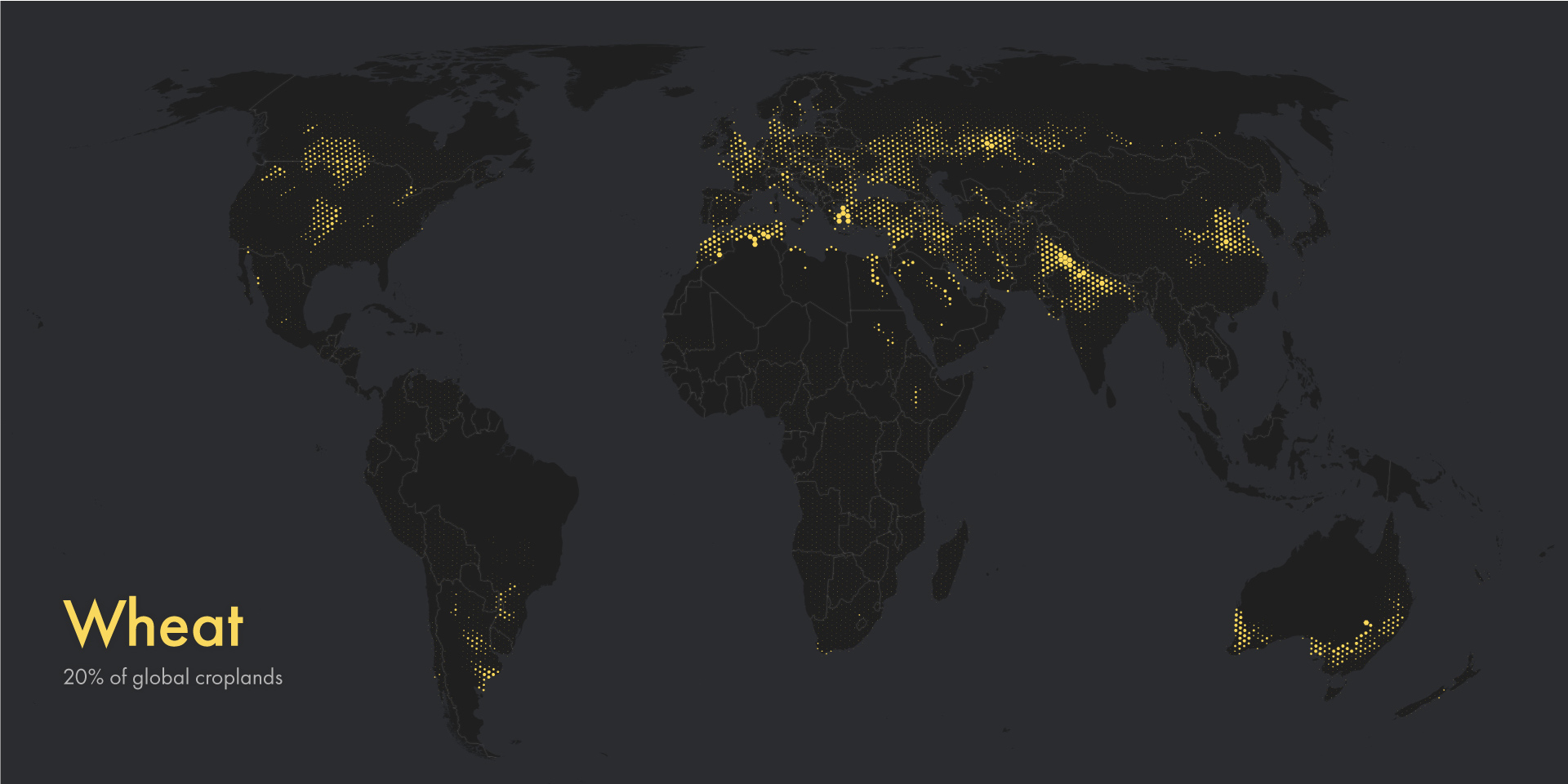