← Back to Basics: the Soviet Rangefinder Another Foray into the Mountains → 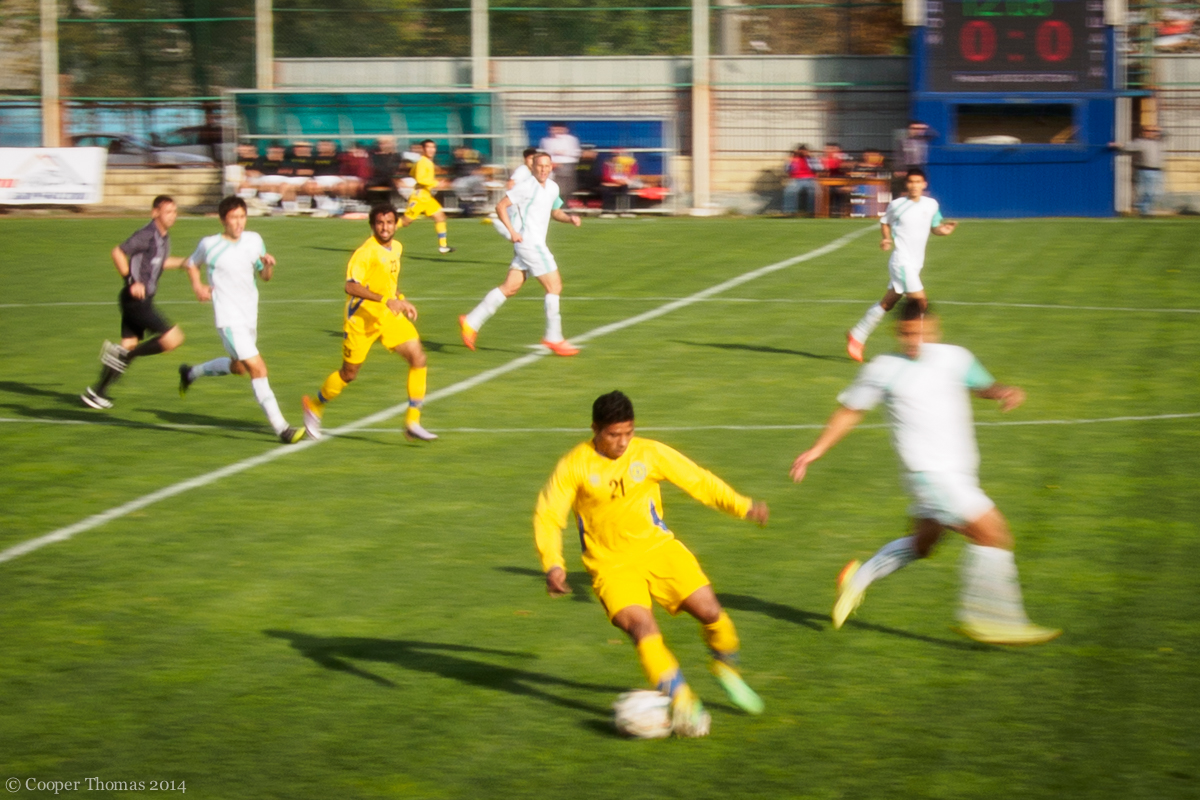 In Kyrgyzstan, football club allegiances – and rivalries – crystallize along the same ethnic, geographic, economic, and political seams that shape the country’s social dynamics at large. For example, FC Dordoi is owned by Askar Salymbekov, who is also the primary shareholder of the extremely lucrative Dordoi Bazaar. Due to its bountiful financial resources, FC Dordoi enjoys almost complete dominance over domestic football competition: the club has won the Top League title eight out of the last ten seasons, and this year also claimed Kyrgyzstan’s two domestic cups. It’s not uncommon to spot FC Dordoi bumper stickers on the black Land Rovers and BMWs that cruise around Bishkek. FC Dordoi’s triumphs mirror those of the politically and economically empowered elites who finance and support the club.

Meanwhile, FC Alga Bishkek (ФК Алга Бишкек), the oldest team in the country and one supported primarily by working-class citizens, has struggled for relevance in the post-Soviet era. (Bishkek-based journalist Chris Rickleton wrote a great piece on FC Alga’s rich history – check it out here if you’re interested.) Unable to afford foreign-born players, Alga relies on a small but impassioned squad of local players. Whereas FC Dordoi’s foreign players earn upward of $3,000 per month, Alga’s players are lucky to take home $200. This year, Alga finished third in the league.

So, if we consider FC Dordoi the Chelsea of Kyrgyzstan – a well-managed, well-funded, and (in recent years at least) highly successful outfit – then FC Alga must play the part of Arsenal – the middling crosstown rival seemingly stuck in a bygone era.

Anyway, congratulations to FC Dordoi…and to all the other clubs, better luck next time!