← The Long and Winding Road to Arslanbob For the Motherland: Victory Day in Bishkek →

No architectural tour of Bishkek is complete without a visit to the Presidential Palace, the glorious seven-story pièce de résistance of Frunzegorproekt, the Soviet-era planning and design institute that oversaw most major constructions in the 1970s and 1980s. While the president doesn’t actually live here, this building does house the country’s unicameral parliament, as well as the presidential suite and most cabinet offices. Many Kyrgyz citizens regard this building as the preeminent symbol of government, and its own history is deeply intertwined with that of the nascent Kyrgyz Republic. 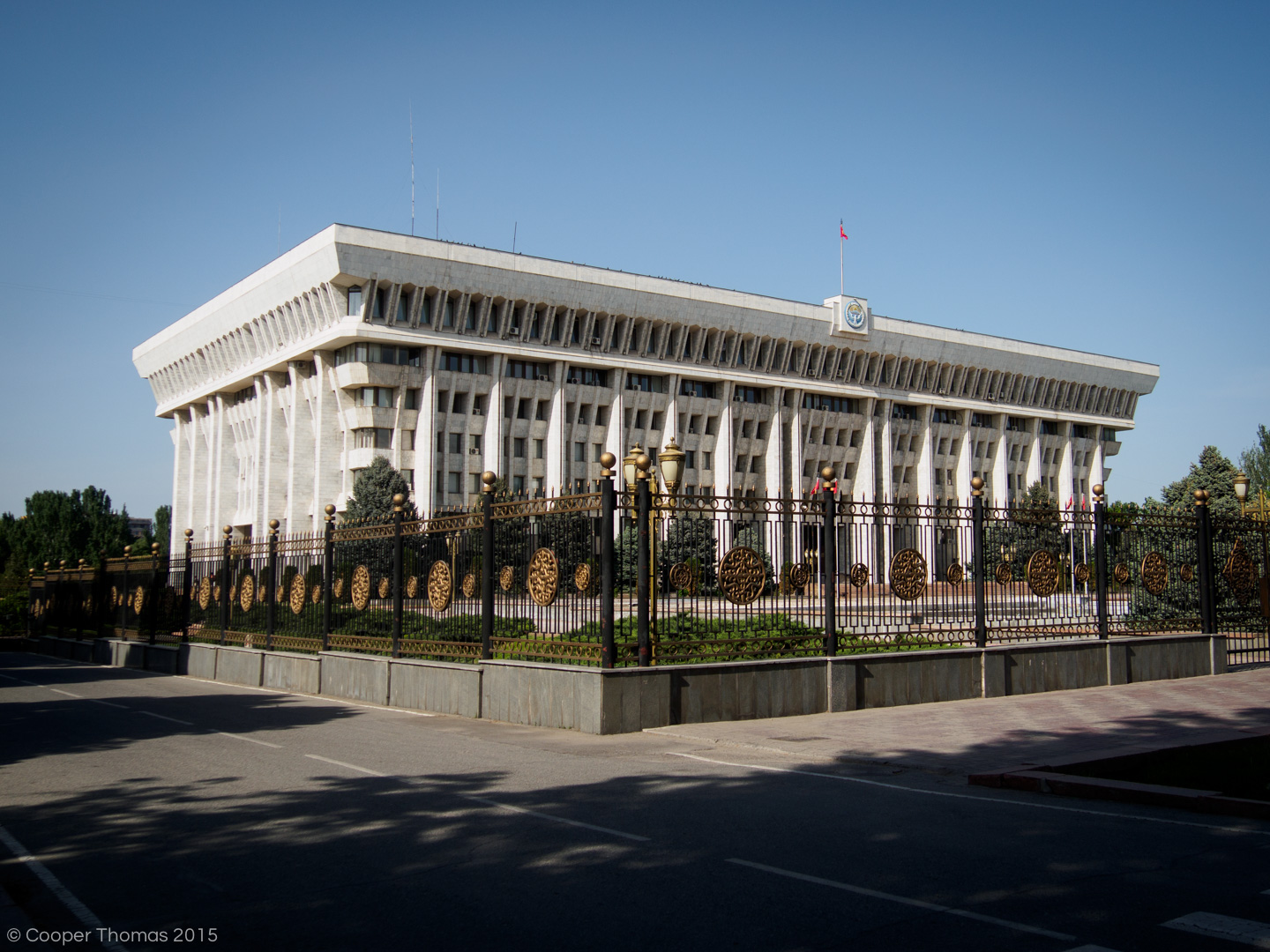 Commissioned in 1976 to house the headquarters of the Central Committee of the Communist Party (the local arm of the Soviet political apparatus), this marble monolith, colloquially known as the White House (Белый Дом), took builders nearly eight years to complete. The building was designed by Alexander Zusik – the same visionary behind Bishkek’s iconic Dostuk Hotel – and its aesthetic evokes “the might of the totalitarian ideology and the architectural traditions of the Islamic region” (his words, not mine). Indeed, this building boldly demonstrates all the trappings of Soviet Modernism: neat axial symmetry, repeating geometric forms, deeply recessed windows, and a liberal use of concrete and marble. The upper levels project outward slightly, contributing to the building’s imposing silhouette. 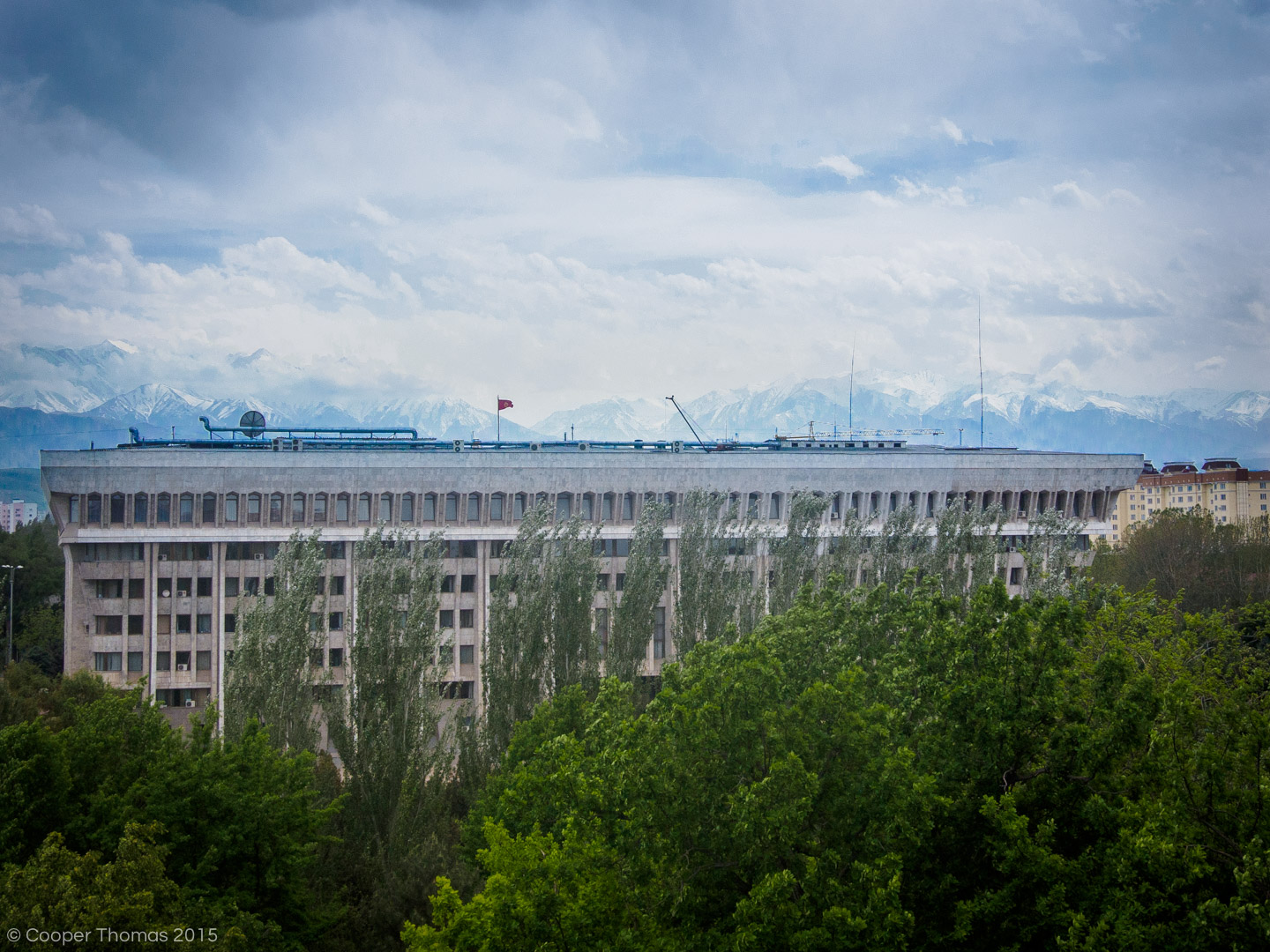 Allegedly, the building sits atop a complex network of tunnels, engineered to expedite an evacuation in the event of an emergency. The veracity of this rumor is disputed, but such a design is not unreasonable: twice in the past decade the building has been the site of violent protests – both of which resulted in regime changes. In spring 2005, an angry mob stormed and ransacked the building, demanding the resignation of President Askar Akayev, whom they accused of nepotism and corruption. Mr. Akayev and his family fled to Russia by helicopter (and not underground tunnel), where they remain today. The subsequent regime, led by Kurmanbek Bakiev, proved even more corrupt and authoritarian than the first, and in spring 2010, opposition leaders staged yet another a large protest outside the White House, calling for President Bakiev to step down. Bakiev defiantly refused, and the demonstration swiftly devolved into violence. 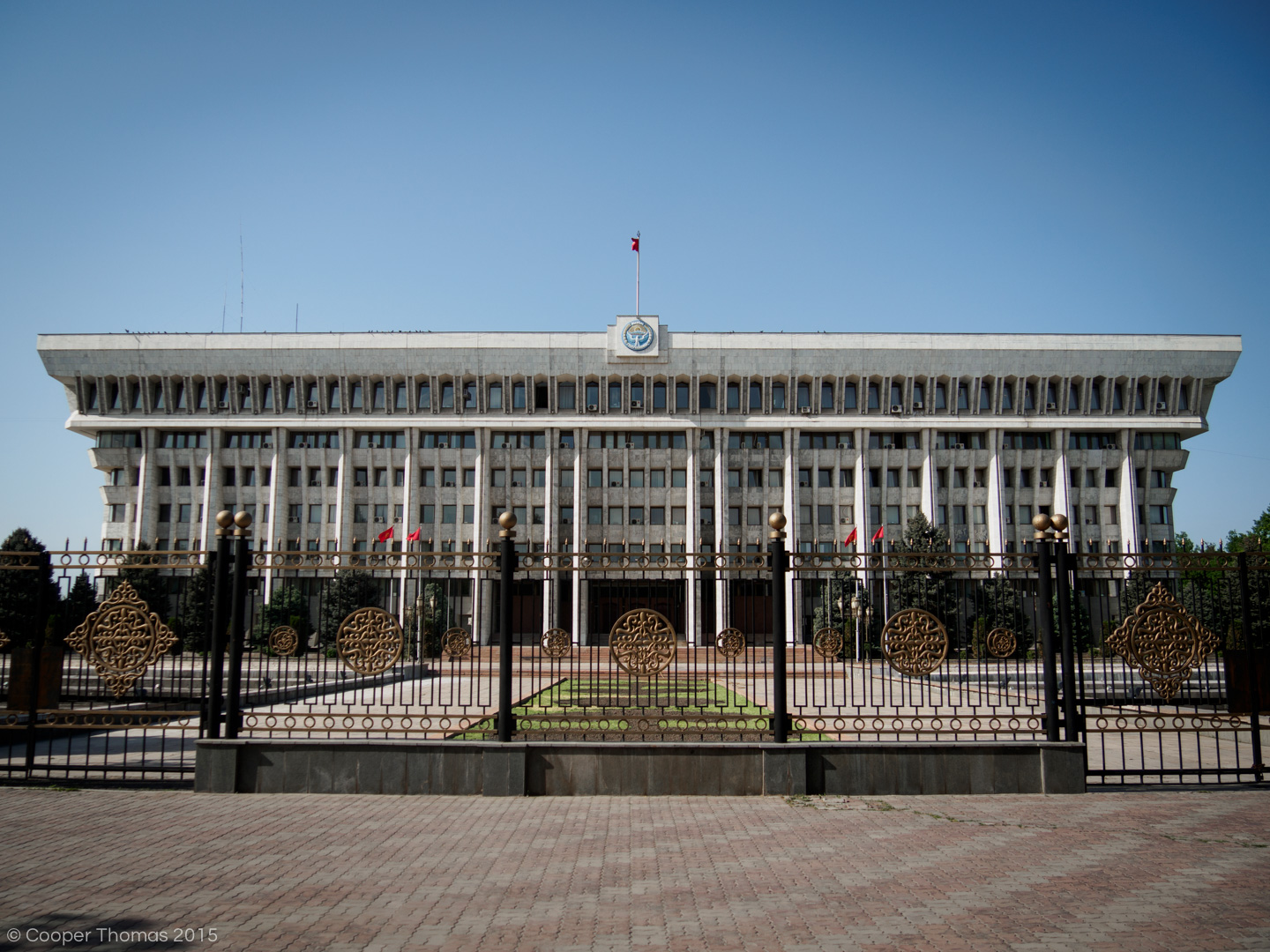 As the mob clashed with security forces, government snipers perched atop the building began to fire live rounds into the crowd. The protestors eventually overran the building’s guards, breached the gate, stormed the building, and set it ablaze – but not before looting and vandalizing the offices. The upper floors, which house the presidential and ministerial offices, bore the brunt of the damage. The fire caused the fifth floor to collapse, and destroyed the sixth floor entirely. Government troops killed more than 80 protestors during the confrontation. Today, their names are memorialized on plaques mounted on the enclosing fence. 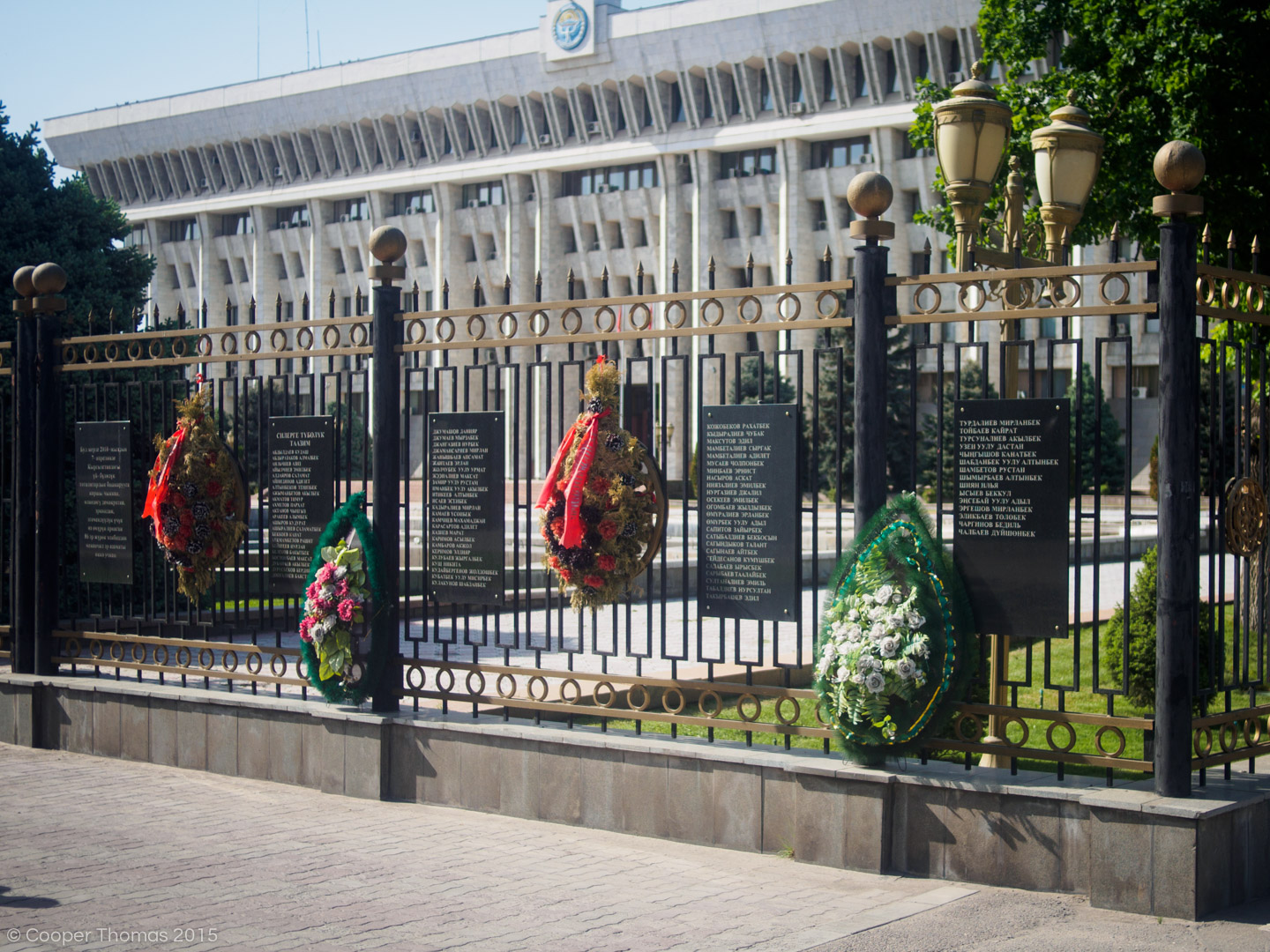 The government has since tightened security, and the compound is now closed to the public and heavily guarded. The soldiers surrounding the bulding are quite cagey, too; they shooed me away on two occasions for loitering near the fence with a camera and tripod. I’ve attempted to schedule a tour of the building – both through official channels and less, err, conventional methods, but I haven’t had any success. Perhaps I am better off searching for an entrace to the tunnels in nearby Ala-Too Square.

3 thoughts on “Buildings That I Love, Part Three: Presidential Palace”